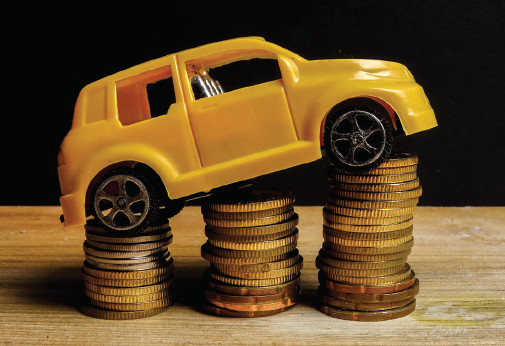 The brutal reality to the question above is: “It depends on the cost of acquisition, and any lost opportunities.”

Auto loans are the “lifeblood” for most credit unions needing assets. When credit unions were first formed, most were SEG based, trying to help members of unique businesses and associations pool resources. Those pooled resources helped provide a path for members to save monies as well as finance loans through installments taken directly from the employee members’ paychecks.

I remember my first experience with a credit union. As an employee of a small grocery store chain, I was able to purchase my first vehicle 40 years ago with payments taken directly out of my paycheck. I had a personal relationship with my loan officer, who seemed to have my best interest always in mind. Joining the Christmas Club savings was next. Opening a checking account soon followed. I admit I was not the best at balancing the checking account, but my credit union helped me through the process without making me feel less than valued as a member! They became my Primary Financial Institution (PFI) back then.

Why do I bring this up? Forty-years ago is a lifetime in today’s age of convenience. We now have a fast paced, computerized, digital communications world. Consumers can easily and instantly “shop” for new loans. Credit unions have recognized this. They have made great strides to address “convenience.”

In the mid 1990s, new technology led to a new lending platform (CU Direct) to compete with large indirect lenders by electronically connecting dealerships and credit unions. The decisioning of the loans could be made in minutes vs. hours and days. In today’s world, with online applications, ID verification, etc., members can easily prequalify for a new loan.

The credit union auto lending portfolio has doubled in the past six years, from $177.7 billion in the third quarter of 2012 to $365.3 billion in the third quarter of 2018.6 Most credit unions understand the pros and cons of Indirect Lending. Dealerships need lending sources to “close the deal.” Though we would like to believe that all dealerships practice “truth in lending,” they do not have the same fiduciary responsibilities as a credit union. Hence the passing of the CFPB (Consumer Financial Protection Bureau) guidelines of 2013.

Discrimination in auto lending continues to be a very real problem. In early 2018, a study conducted by the National Fair Housing Alliance had “white” and “nonwhite” testers visit auto dealerships and shop for the same car within 24 hours of each other. The study found that (more often than not) the better qualified nonwhite applicant was offered more expensive pricing options than the less qualified white applicant. This resulted in nonwhite borrowers paying an average $2,662 more than white borrowers over the life of the loan.7 We now understand the consequences of the CFPB — having witnessed the DOJ enforcing actions against lenders in the past to pay restitution to wronged borrowers.

Credit unions with loan portfolios heavy in Indirect Loans understand these loans tend to be more expensive, have lower yields, more insufficient collateral values, higher delinquencies, high turnover and reduced numbers of secondary relationships. In many cases, the credit union often becomes the “bad guy” in the eyes of the borrower!8

In addition, Edmonds reported in 2017, “The percentage of trade-ins on new vehicle sales that had a negative equity reached a record 32.8%. The average amount of negative equity, at $5,195, was also an all-time high.”11 Credit unions have been increasingly accepting loan-to-value ratios unheard of 10 years ago!

Also of note, nonprime and subprime loans with 90-day delinquencies have reached a level not seen since 1996.12

So, back to the question, “Interest Income is Interest Income, Right?” The chart below highlights opportunities for both Indirect and Direct Loans.

Unfortunately for credit unions, this slow growth isn’t because their PFI members were taking fewer loans. These members actually held 14% more auto loans from Q4 2015 to Q4 2017 – just not with the credit union.

The implication? While credit unions have been making inroads with indirect borrowers who tend to have an “inches deep” relationship, banks have been attracting business from credit union PFI members.13

This clearly points out the need to address current members and look for more direct relationships. The future of today’s credit union needs to look at the past. Interest income from direct relationships, dollar for dollar, is far more productive for most credit unions. There needs to be a balancing act between both loan sources. As one credit union executive has mentioned to me many times, they want “lifers,” not just “loaners.”

When building a home, it is important to have a sound foundation. The same is true for building a credit union. Stable member growth will allow the financial institution to grow in strength, ROA and ROI. Placing too much dependence on assets that may not be there tomorrow puts the credit union on shaky ground and a less secure future.

Considering the question posed at the beginning of this article, the assumption that all interest income is the same doesn’t hold true when considering the differences between Direct and Indirect Lending. Direct Lending offers increased retention, less risk and greater share of wallet opportunity. Every credit union would be wise to focus more resources on growing their Direct Lending portfolio as part of their overall marketing strategy instead of relying solely on Indirect Lending!

George Monnier has spent over 18 years helping financial institutions generate new deposits and loans. He is a founding partner of Stellar Auto Loans, a division of Stellar Strategic Group, which offers pay-for-performance auto refinance programs to the banking industry. To learn more about Stellar Auto Loans, please contact george.monnier@stellarstrategic.com or 402-708-2425.